The Saldahna Steel plant on the West Coast near between Langebaan and Saldahna Bay was designed and constructed between 1995 and 1998. The personnel at Nadeson Consulting were involved in the design of infrastructure components for the Plant. This included the internal road network, access roads, sewer water and stormwater infrastructure, commodity pipe lines and support structures, evaporation and stormwater ponds, solid waste disposal sites, non-process buildings such as the entrance building, the main office as well as substation structures and landscaping. One of the heaviest loaded concrete block paved roads in the world at the time was designed for the ladle carrier which moves molten iron within the plant. The value of infrastructure in 1996 was in excess of R100 million. 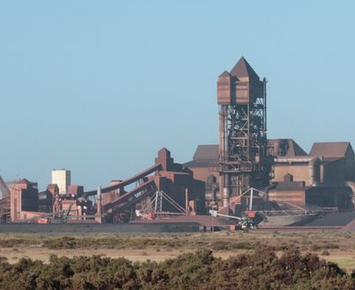